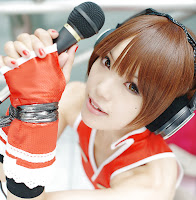 We have only one longwire antenna pointing east in Tampere DX-Club's listening cabin in Niihama, Tampere. It’s pointing to NEE, 60 degrees exactly. Antenna is not very long, only 330 meters, but it's pointing to Lake Nasijärvi so there isn't much man made noise in that direction.

During the last two AM-seasons I have found out that our 60-degrees wire works quite well towards Taiwan. So I have heard some nice catches from Taiwan before, but this September was exceptional. I heard so many new stations from Taiwan that I really started to study the secrets of broadcasting in Republic of China. Here are some thoughts of what I learned and heard.

There is a reason why even the most experienced DXers consider Taiwanese stations one of the most difficult DX-targets in the world. One might say Chinese stations are piece of cake compared to Taiwanese. Most of the Chinese stations can be identified based on just a few keywords and phrases as you can learn from the great article "How to Identify Chinese Radio Stations" by Mika Mäkeläinen. That is not the case for Taiwanese stations. Private stations have no standard time announcements or common form of station id. Most stations don't even speak Mandarin Chinese.

正聲廣播公司 in traditional Chinese. But when I use Google Translator to convert the characters, name is:
正声广播公司 in simplified Chinese.  Notice the difference between second and third character.

Another difference is the transcribing of Chinese characters into the Latin alphabet. In Mainland China Pinyin is the official phonetic system for transcribing Chinese into the Latin alphabet. The spelling of Chinese geographical or personal names in pinyin has become the most common way to transcribe them in English. Pinyin has also become the dominant method for entering Chinese text into computers in Mainland China, but not in Taiwan where Bopomofo is most commonly used. Bopomofo was introduced already in the 1910's alongside the Wade-Giles transcription system. Although Taiwan officially abandoned Wade-Giles in 2009, people in Taiwan use or transcribe their legal names in the Wade–Giles system.

If we take the previous example of Chengsheng BC and paste the traditional Chinese characters to Google Translator which uses pinyin transcription system, we will find out that
Chengsheng (Wade-Giles) is Zhèng shēng  in pinyin.
Not a big difference?
Let’s take another station name. This is time AM792 Keelung Broadcasting Station.
Keelung (Wade-Giles and 基隆 in trad. Chinese) is Jīlóng in pinyin.
English pronunciation is roughly the same but transcription in Latin alphabet is quite different.

Recognizing numbers greatly helps identifying stations. Fortunately for DXers frequency announcements in Chinese and Taiwanese are relatively easy. That’s because each digit in the frequency is treated as an individual number. It means that AM990 is pronounced AM nine-nine-zero rather than nine-hundred-ninety-nine. So learning numbers from 0-9 will go a long way.

It was surprisingly difficult to find the list of Taiwanese numbers that would have matched the numbers I heard on the air. When I googled “numbers in Taiwanese”, I got many lists and YouTube-videos varying greatly from each other. I still don’t know is it because of different dialects (Hokkien, Amoy, Minnan) or something to do with differences between spoken word and official written form.  Following list of Taiwanese numbers is completely my own based on what I have heard on the air in comparison to several lists found online.

My AM-season started with great Far East conditions on 31st of August 2015. That night I heard two stations from northern Taiwan previously unheard for me.

AM792 Keelung Broadcasting Station, Keelung is listed in WRTH as 1 kW station.  Still it was audible at least three times in August-September. Keelung BS verified my report quickly with short English e-mail and some pictures from the events station has hosted. On the 27th of September Keelung came loud and clear with 17UTC id: “Keelung Kongpo Diantai AM chhit-kiu-li (792)". Listen Id at 10 sec. 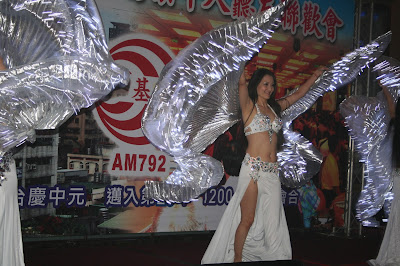 819 Cheng Sheng BC, Taipei was a real surprise on this difficult frequency normally dominated either AIR Delhi, Shanxi or North Korea. But not at 1858UTC on 31st of August when ChengSheng was alone in the frequency giving local id in Mandarin: "Cheng Sheng Taipei… diantai AM ba-yi-jiu (819)". Listen id. This is the only time I have heard Cheng Sheng on this frequency. So it’s not an easy catch. Taipei and Keelung are only some 15 kms away so no wonder they were audible at the same time.

Cheng Sheng BC is very DX-friendly station. They verify correct reports with beautiful laminated full color QSL-certificate where they put listener’s picture in the middle. 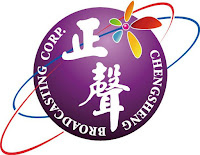 Best catch and the new station for me on 17th was again Cheng Sheng BC now Yunlin on 1125 kHz with local id: "Cheng Sheng Kon Po Kon Shi, Yunlin Kon Po Den Tai AM (1125)". Listen id at 20 sec. I have no idea how they pronounce those numbers after AM ? Also 1260 ChengSheng Taipao was audible at the same time with local program. Listen id here at 7 sec. They are using Taiwanese version of an old Harry Belofonte tune “Banana Boat Song” as their interval music.

My new discovery this fall was that Far East stations can be heard (at least in southern Finland) quite late at night up until 20-21UTC if the frequency is “Eurofree”. On 26th of September I noticed great late night opening to Taiwan that offered me three new stations. 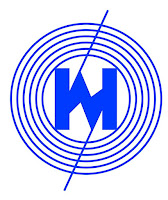 1224 HwaSheng BC (or Hua Sheng in pinyin) is relatively hard station to identify but at 1859UTC on 26th of September I was able catch pretty clear id: “Hwa Sheng Kon Po Den Tai AM chit-li-li-su (1224)”. Listen id at 17 sec. BCC Country Network, Kaohsiung was also on frequency at the same time as you can hear from BCC’s distinctive top of the hour time signal on the same audio clip at 1:14 sec. After some e-mails and Facebook messages HwaSheng BC finally verified my report with nice e-mail in Chinese.

1350 Chung Hwa 1 BC, New Taipei City has become pretty common catch this fall. First time I catch it with an id on 26th of September and since then I have heard the station at least five times now. On 1350 kHz Chung Hwa (or Chung Hua) broadcasts 1st programme “…1 Den Tai. Chung Hwa Kong Po Kon Shi”. Listen id. 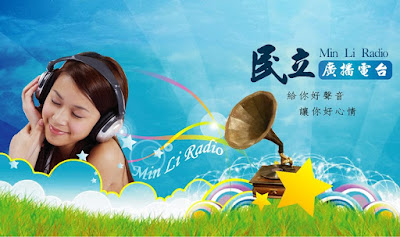 Frequency 1287 kHz is full of Asian station from Kyrgyzstan and Iran to China, Korea and Thailand.  Late in the evening on 26th station with Taiwanese phone-in programme was dominating frequency. Signal got better and better up until 21UTC and I was able sent pretty clear audio clip to 1287 Min Li Radio, Fangliao. They also have Facebook-page and I received very friendly reply from the girls Carol and Vicky in English. This station is located in Pingtung county, southern Taiwan. 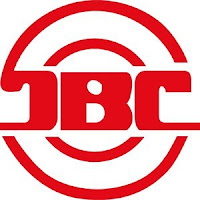 27th of September was the best day for Far East DXing in southern Finland this fall. South Korea was booming with massive signals at 17-18UTC then strong signals from Japan at 19-20UTC. Taiwan was not the main direction of the conditions but after carefully listening through the recordings, I found two great catches also from Taiwan. On former YLE AM-frequency 963 kHz I heard weak but clear top of the hour id from "Taiwan Guangbo Gongsi, Chung Hsing Guangbo Diantai" aka Taiwan BC Chung Hsing Broadcasting Station, Nantou.

Another surprise was 1026 Chung Hwa 2 BC, New Taipei City. On 1026 Tien Sheng BC has been heard quite regularly but Chung Hwa 2nd program is a rare catch. Id was almost the same as Chung Hwa 1st program on 1350 kHz, only the words before “…diantai. Chung Hwa Kong Po Kon Shi” were different.

Conditions to Far East were clearly better in September than in October. Still I was able catch two stations worth mentioning. 675 kHz has been Eurofree frequency since September when legendary Lopik-transmitter site in Holland was shut down and antenna tower demolished. Since then I have checked the frequency almost daily and finally on 27th of October before 21UTC I was able to hear typical Taiwanese night time program on frequency. Station was certainly 675 Cheng Sheng BC Peikang. This station should be more common in the future if the frequency stays free from euros.

Already in fall 2014 I was puzzled with station on 1161 kHz. It was using a familiar Christmas Carol as its interval melody on top of the hour, but I never heard spoken id. This October I heard the same melody again and later also some program that sounded Taiwanese. After some googling I end up to Feng Ming Radio’s web site (at http://www.fengmin.com.tw) where I found audio stream of their program.  From audio stream I heard the same melody at the top of an hour, so I was now positively able identify the station as 1161 Feng Min BC, Kaohsiung. I e-mailed two audio clips to the station and they quickly confirmed my reception with QSL-letter in Chinese. 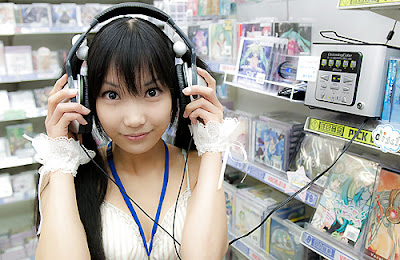 Any comments and corrections to this article are appreciated.
Thanks to Pyry Mäkeläinen for floating audio player code.